How might we reassure customers that mobile banking is safe so that app adoption increases?

Wellsipring provide customers an optional security-tour that improves trust by empowering them through educational material on how they’re protected, safer banking practices, and customizable security features.

This project was hosted by Scotiabank Digital Factory as a design sprint competition with the focus on tackling major problems the finance industry is facing.

Banking customers are not doing their due diligence when it comes to safer banking practices, increasing the likelihood of fraud which in turn increases the distrust amongst banks and drop-out of mobile app adoption.
‍
When fraud through theft could have been preventable, why aren’t customers taking action?
‍
‍Our research showed that the biggest barriers to practicing safe banking were the forms of education (i.e. Heavy text/article based) and the information was hard to find! 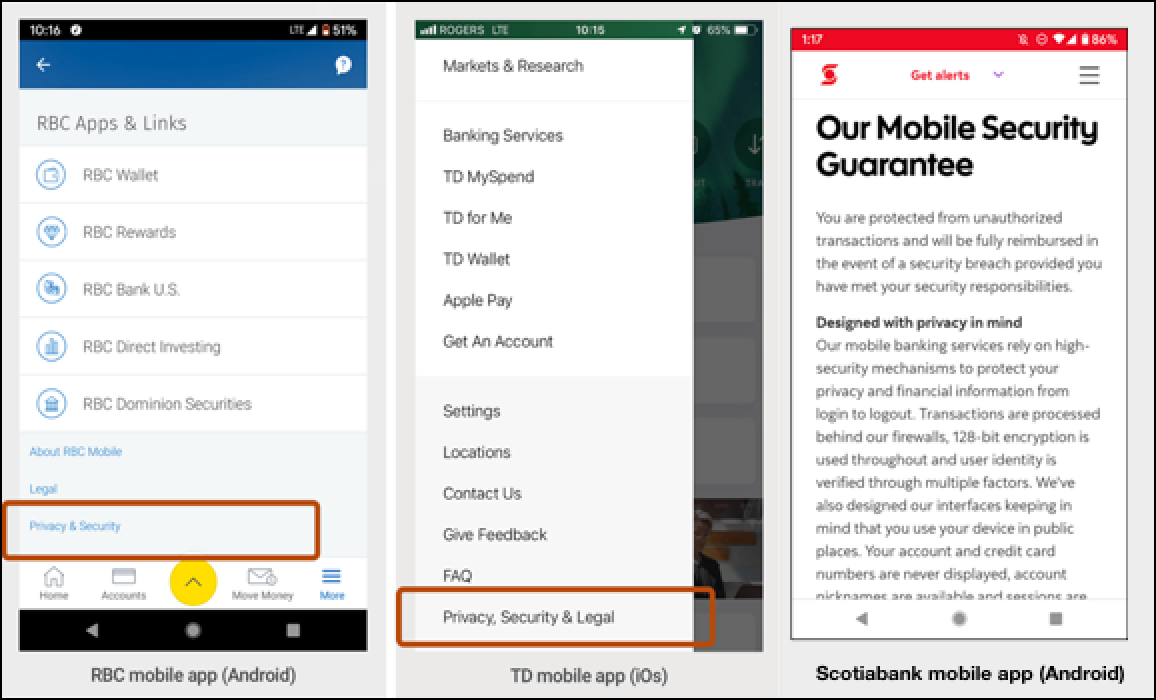 A security tour that provide customers the opportunity to learn more about safe banking and how they’re protected, so that they are able to improve their security tactics and continue using the apps. The tour consists of customizable security features that customers can configure, followed-up with educational content on how to practice safe banking. The tour is designed to increase users' trust through education and sense of control on security - while continuing the use of mobile apps.

Is there really a problem?

Yes! The concern over security is a problem for mobile app adoption.
According to the Federal Reserve survey:

In a 2016 Federal Reserve survey of non-mobile users, 73% of respondents say security concerns are a key reason they have not jumped on the mobile banking wagon.

Where are security tactics placed?

With the customers need for further education and trust, we analyzed a step by step process of onboarding new banking customers & app adoption to learn where opportunities for education were placed for mobile app security and safety.
‍
We choose to intervene at the points of “onboarding” and “help center” of the mobile app experience. 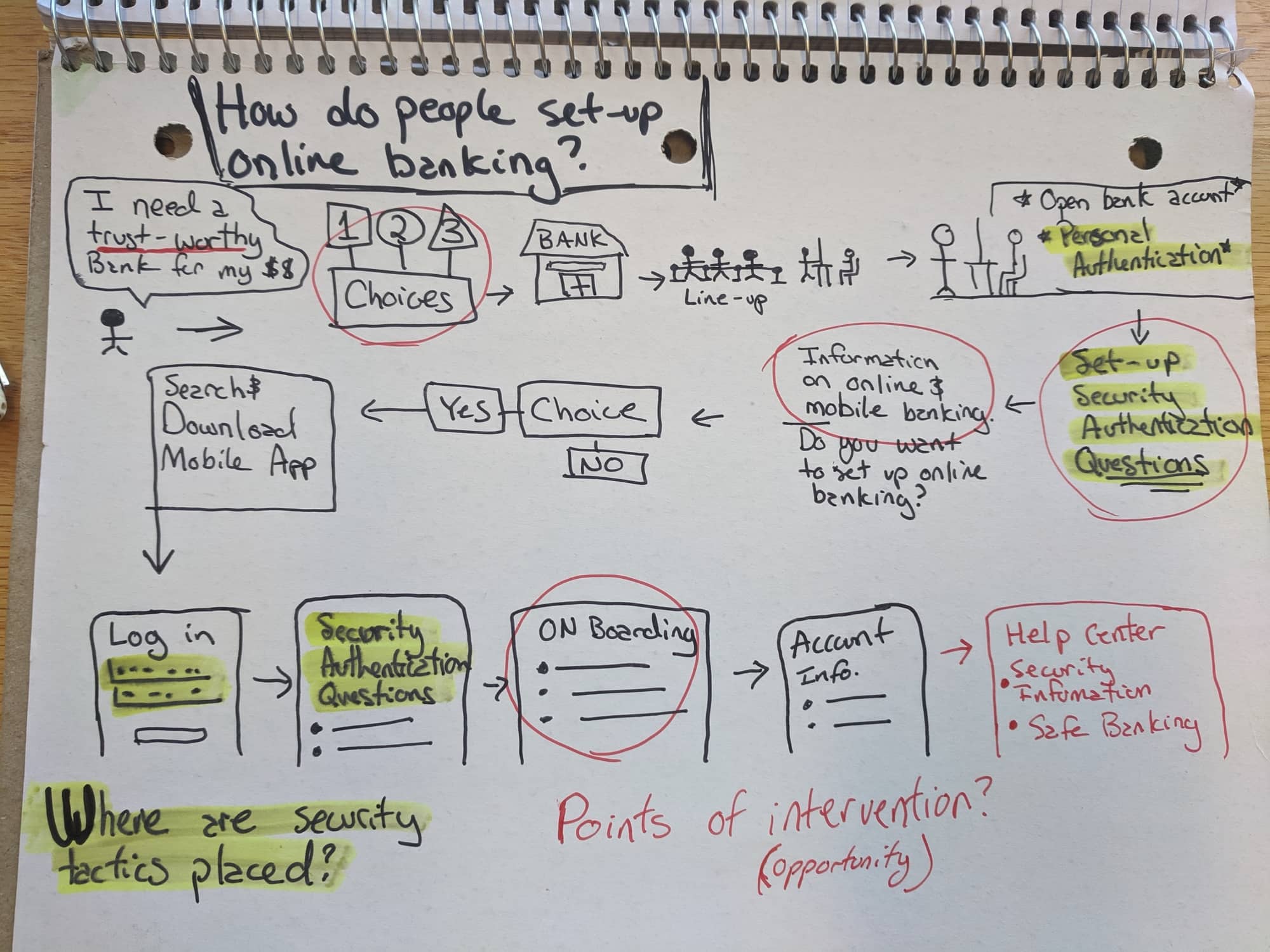 The pop-up feature is unique as it allows first-time users to learn about security measures. Wellspring allows user to customize their security preferences as they go along their tour. This helps customers become aware of the steps they can take to safer banking.

Are the security tactics working?

We believed it would be beneficial to educate all customers (in hopes of reassuring them) about security features through a 3 part process: on-boarding (to reach everyone), followed by account, and then the security tour for further reassurance.
So, we conducted a set of 6 usability tests with the goal of overall satisfaction on safety perception.

Concerns about security became top of mind!
This was due to safety & security being mentioned twice, causing those who didn’t think about security to be aware that they might be security issues. We learned that we were targeting a general audience for further reassurance, though this was a big mistake.

Creating a new task flow now consisting of two major parts (Set-up and Pop-up). After set-up, a gentle prompt for the security tour, so that it doesn’t trigger any negative feelings and allows those who need further reassurance to learn and do more.

Communicating the overall value of the Security Tour

Fear shouldn't be a barrier to technology. When the convenience out weights the risks, it's the banks responsibility to empower their customers on their online/mobile banking. Not only does this benefit the customers but also the banks by lowering in-branch visits, saving money and increasing transactions.
‍
View Prototype

To further validate this concept, I would continue designing security configuration options and test customers' perception on their perceived level of safety. As many customers don't do their due diligence on safer banking practices, what steps can we as designers take to ensure that banking experiences are safe and empowering?